What is the difference between Pro Touring and Resto Mod? 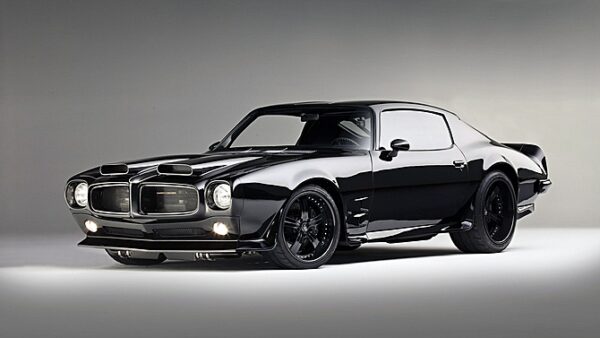 If you’re in the process of researching performance products and potential upgrades for your hot rod vehicle, it’s probable that you’ve encountered the terms ‘resto mods’ and ‘pro touring mods’ on a frequent basis.

What’s more, many people ranging from driving enthusiasts to experts in pro touring shops fall into the habit of using the two terms interchangeably. While they do share a lot of characteristics, they are NOT the same.

Here’s all you need to know about the two car building styles along with their similarities and, more importantly, their differences. Alternatively, you can discover further details by contacting KBW Hot Rods on 586-468-6008 today.

Resto Mods and Pro Touring are both terms used to describe distinct car building methods and are primarily associated with classic cars and hot rod vehicles. The terminology transcends beyond the methods, however, with many race car parts store setups including sections designated solely to “pro touring” or “resto mod” transformations.

What Are Resto Mods?

The term Resto Mods (also known as restomods) is a merger between the words “restoration” and “modified”. Although, many people believe that the “mods” stands for “modernizations”.

Either way, this type of car modification differs from a standard restoration because it aims to go beyond the concept of returning the vehicle to its stock factory condition. Instead, it looks to reassemble the vehicle so that it is back to its former glory but with the addition of modern modifications.

In most cases, then, a classic car that has been treated with a restomod procedure will have its external appearance restored to how it would have looked back when it was first manufactured. The restoration covers all visual aspects of the vehicle, although some situations dictate that only ‘most’ of the original appeal can be replicated.

The modification aspects relate to the car’s performance. The main purpose of this is to bring a classic car’s performance up to the 21st century standards. While your 1963 Aston Martin DB5 won’t necessarily need to match the supercars of 2020, it should at least have the braking capabilities and other performance features for a safe and comfortable ride.

Resto Mods are the answer.

There is no age restriction on a car that can benefit from restomods. If the vehicle needs a little TLC, and some work to become road-ready in the modern era, this process is advised.

What are Pro Touring restorations?

Pro Touring is a concept that relates to enhancing muscle cars to a point where they can outperform modern touring performance vehicle.

For example, a 1961 Dodge Dart may be stripped and treated to an overhaul of the engine, brakes, suspension, and gearbox to meet or surpass the standards of today’s vehicles. In turn, it may be able to overtake a modern Porsche or Mercedes Benz. So, the performances will blow your expectations out of the water based on the vehicle’s esthetic.

Pro Touring cars will often restore the visual elements of the bodywork to the traditional standards. However, this isn’t always the case as vinyls and decals may be added. Likewise, modern features ranging from headlights to spoilers may incorporate modern appearances for tech reasons, eco-friendly reasons, or personal preferences.

Many motoring enthusiasts will argue that Pro Touring isn’t even a type of restoration. After all, it focuses on enhancement rather than replicating the vehicle’s original attributes. Not least because the procedure is primarily about the performance enhancements. Although, esthetic improvements naturally form a part of the process in the majority of cases as well.

Whether you believe it is a concept that falls under the category of restorations or not, your local race car parts store probably has a section dedicated to it. So, that says a lot. 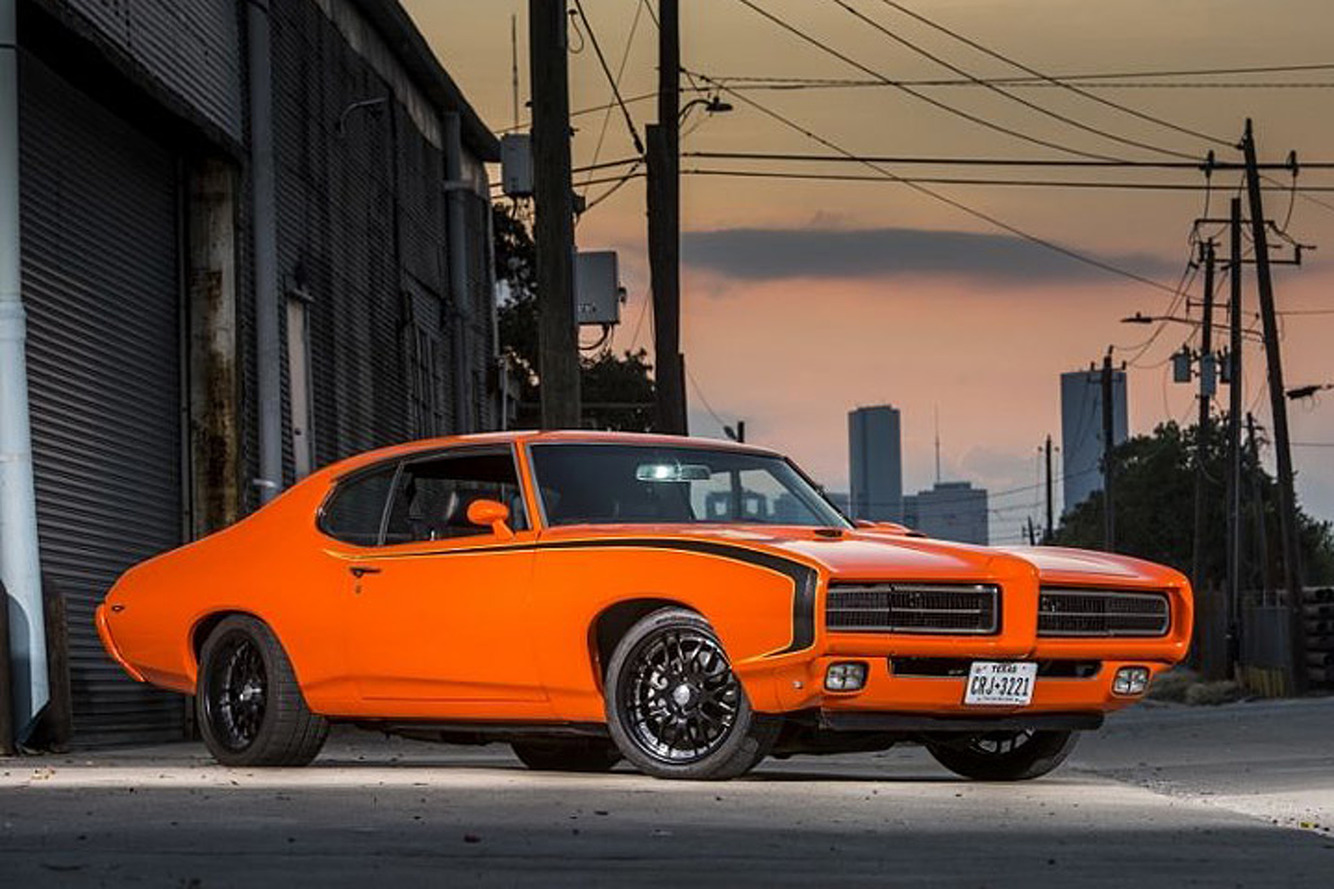 The similarities between Resto Mods and Pro Touring

After reading the definitions of restomods and pro touring upgrades, it is clear to see why so many people use the terms interchangeably. They do share a lot of common features, including but not limited to;

The fact is that restomods and pro touring modifications are in the same ballpark. In fact, they’ll even share many of the same individual processes. Nonetheless, both clear and subtle contrasts do exist.

The conceptual contrast between Resto Mods and Pro Touring

While many of the attributes are shared, there are very clear distinctions between restomods and pro touring procedures, particularly once you scratch beneath the surface. As discovered from their specific definitions, the most obvious contrast is that they set out to achieve different objectives:

Resto Mods are focused on restoring the vehicle to its “as born” status with regards to looks and driving style. While it may add a few performance upgrades to meet the requirements of the modern driver, it stays honest to the car’s original appeal.

Pro touring mods do not stay true to the car’s former glory. Instead, it is essentially a modern car surrounded by the body of a classic. In terms of performance and comfort, the vibe is significantly different and is viewed as enhancing an old classic rather than recapturing the magic.

Another way to look at it is as though it were two recipes. Both restomods and pro touring use the same ingredients (restoration and modification) but they each utilize different quantities. While Resto Mods use restoration as the main ingredient with a sprinkling of modification for flavor, the pro touring flips that recipe on its head with a focus on modification instead.

Here at KBW Hot Rods, we can complete a range of services, allstar racing products, and upgrades to turn your hot rod into a restomod or a pro touring solution.

What upgrades are likely?

For both types of car upgrades, esthetic changes may include paint jobs, new seat covers, and other upholstery issues. As for the performances, the focus will change from project to project. Nonetheless, both styles of vehicle renovation have their most common treatments.

Restomods tend to focus on the following upgrade components:

All of those upgrades will offer noticeable improvements without abandoning the key attributes of the vehicle in its original ‘as born’ state.

Pro touring mods can encounter far more extensive performance updates. In fact, a race car parts store can provide a range of kits, such as suspension only kits, full kits, or front and rear packages. It is also common for the procedures to borrow some of the individual steps used by the restomods, such as transmission and disc brake upgrades.

The pro touring renovation can even go as far as removing virtually the entire engine of the car. Some users will add a new engine, fuel supply systems, oil systems, powertrain components, and more. Even the interior upholstery and infotainment systems may face a complete overhaul.

There is no set level of transformation that owners should insist on. Some will find that their pro touring model is fairly close to a restomod project, only with the car becoming a bit faster. Meanwhile, others will feel as though they are in a brand new car but have tricked the eyes by maintaining the body of the original classic car.

KBW Hot Rods can help drivers through the decision-making process before implementing the changes needed to make it a reality.

Which is right for your vehicle?

In truth, there is no single right answer to that question. No two drivers are identical and no two classic cars are in the exact same condition. In turn, there are many contributing to factors to consider.

Ask yourself the following questions for guidance, and you won’t go wrong.

What is my budget?

Every car upgrade decision is a financial decision. Your budget will dictate whether you can afford performance upgrades associated with pro touring enhancements or whether you should focus solely on getting the car to run safely.

Where will I drive the hot rod vehicle?

If you’re planning to take your vehicle to the race track, it’s probable that pro touring will appeal. If, however, you plan to focus on cruising by the Great Lakes or around the city on a Sunday afternoon, restomods are for the best.

Am I looking to sell?

When the restoration is made primarily with a view to selling in the immediate or mid-term future, you should think about what prospective buyers are looking for. Most will want a car that’s true to the original, which is why Resto Mods are best.

Can I handle ‘old school’ driving?

Cars have evolved. Even if you plan to implement some of the features needed to bring a classic Ford Mustang into the modern era, for example, staying true to its original driving will feel different to driving a modern-day Ford. Some love it, and some don’t.

How long will it take?

While a little patience is important, you do not want to spend months waiting for race car parts store or specific features needed for a restomod. Each situation is different, so you must conduct your research by speaking with an expert prior to starting the process.

The decision between an old style car with modern comfort or a modern performer dressed in a classic car’s skin is largely a matter of taste. When you know exactly what you want, the journey ahead becomes far smoother.

Whether you’ve recently purchased a classic car that you want to hot rod, or one of your beloved motors needs a little love and attention, restomods and pro touring upgrades are two options that are likely to feature high on the agenda.

If you’re unsure about which route to take, KBW Hot Rods is happy to help. With over three decades of experience, we know more than a thing or two about hot rod vehicles and how to unlock their full potential. We’ve helped thousands of motorists across Detroit and throughout Michigan State. We would love to support you too.

To discuss everything from performance products to performance modifications, call us at 586-468-6008 now! 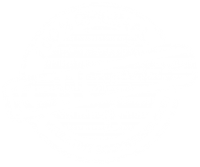 You have Successfully Subscribed!

Don't worry, we hate spam too!

You have Successfully Subscribed!

Don't worry, we hate spam too!